Why Tweed Is Always In Fashion | Country Fashion | MirrorMePR

Why Tweed Is Always In Fashion

You are here:
by MirrorMePR in Fashion. Posted October 3, 2019

As we celebrate #woolweek from 7th October – 20th October 2019, the MirrorMePR Luxury Lifestyle PR Team take a closer look at why Tweed is always in fashion and why this heritage fabric has stood the test of time.

From Humble Beginnings To Royalty

Tweed was traditionally cloth woven from pure virgin wool and originated from Scotland in the 18th Century. In the early days, it didn’t resemble the Tweed we recognise today. It was a coarse fabric but to make the material more durable, the Scottish weavers developed a ’twill’ which is the diagonal line which runs throughout the fabric, which we see today. The name tweed is said to have derived from a mis-spelling of the word ‘tweel’ by a London cloth merchant on the Scottish term ’twill’.

Tweed continued in popularity throughout the 19th Century thanks to its hard-wearing properties. In the 1840s Tweed was introduced to the British aristocracy by Lady Dunmore and then became the fabric of choice for garments worn for outdoor pursuits such as hunting, shooting and fishing.

Today, Tweed has continued to uphold its prestige as a quality fabric and is regularly seen worn by the British Royal Family.  Kate Middleton is a huge fan of the Tweed and is frequently seen wearing Tweed in the public eye. The Queen is also often seen wearing a tweed two-piece on royal duty. However, it’s the images of Her Majesty enjoying riding her horses in her younger years wearing the traditional equestrian tweed hacking jacket which

It is this equestrian connection which remains today within equestrian riding attire. The tweed jacket is worn to this day out on the hunting field and within the discipline of showing, where riders showcase the sheer diversity of Tweed by complementing their horses’ colouring with their choice of jacket.

“We renown on the showing scene for hacking jackets and leaders’ jackets, and if we kept everything the same, most of the competitors would look like clones!”

What do modern equestrians look for in a tweed jacket?

“Tweeds are traditional, and wool is a fantastic fabric that’s durable and temperature regulating. However, it’s not machine washable, which riders don’t like. Therefore, this year we introduced one machine-washable jacket and have another one coming out next year. They are not wool, but have the same look.”

The Allure Of Tweed

Ever since Harris Tweed created their Orb Certifications Mark in 1909, Tweed has retained its reputation for being a versatile, quality, timeless fabric. No longer a heavy material to wear, the newer middle and lightweight tweeds are comfortable, non-scratchy and can be tailored to incorporate leading fashion designer’s vision with ease.

From Vivienne Westwood through to John Galliano, Yves Saint Laurent and Chanel, Tweed is being championed by leading fashion houses and always make a regular appearance on the catwalks for autumn/winter. The allure of classic Ralph Lauren tweed still remains as a style reference for many Fashion Editors and younger emerging tweed brands are continuing to introduce this fabulous fabric to new generations.

Timothy Foxx brings a playful, youthful feel to Tweed that is worn by customers from teens to city workers. Tweed is an inspiration for the British designer as Rosalie Eustace, Designer explains:

“We think Tweed is not an old fashioned, dull fabric, but rather more a fabulous traditional fabric. We have revamped, re-thought and re-developed to create something which is practical, stylish, and pretty, but also very British.”

In 2015, the company launched its first bridal collection, based on a vintage design with a hint of Tweed.

“For years, we had been asked if we could make wedding dresses. We shied away from it because we were still building up other areas of the business.” Explains Rosalie,

“Now, however, we have the time and the right team to undertake this opportunity, and we are loving being part of someone’s so special day.”

Butler Stewart is also another exciting tweed fashion brand with clients range from professional business women and men through to those immersed in country living. Their blend of exquisite tailoring by their Savile Row experience tailor along with their passion for using British milled Tweed is part of their rapid success. We asked their designer, Anna Butler what she loves about Tweed;

“Tweed adds a touch of character to any outfit and can be dressed up or down along with being at ease as much in the town as it is in the country.”

Why do you think Tweed has stood the test of time so well?

“It comes in a variety of weights, colours and weaves making it a dream textile to design with; from a classic garment with a subtle pattern or a more contemporary garment with bright colours. It also features heavily in Britain’s heritage and is an iconic fabric that never goes out of style.”

Caring for your Tweed is relatively simple, as Anna explains;

“Tweed is a robust fabric, but it also needs some TLC to help with its longevity. Keep all jackets and coats on wooden hangers to help keep the shape of the shoulders, store in a breathable garment bag and use mothballs, lavender or cedar chips to help protect against moths.”

Enjoyed reading this blog? You might love “What To Wear To The Races“ 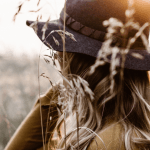