Why Does Everyone Love Bulldogs? Here’s Why!

We love dogs; we adore all dog breeds and sizes! But one kind we Brits are particularly fond of is the great British Bulldog. With national #BulldogsAreBeautifulDay on 21st April, our dog brand PR team take a look at why this dog breed is so revered.

I’m A Lover Not A Fighter

The English Bulldog originated from England but are popular worldwide these days. Bulldogs are descendants from mastiffs which the Romans brought over for fighting. While the Bulldogs’ heritage is rooted in bull baiting after it was banned in 1835 the breed soon began to be recognised for its affectionate nature and friendly personality. These personality traits are what make the bulldog such a popular breed today and also a top 5 ranking as the most popular breed in the United States.

Well, not all of them. However, Otto The Bulldog can and he’s in the Guinness World Records for the longest human tunnel travelled through by a skateboarding dog! Otto has also been known to indulge in a little surfing too! This would make one awesome way to celebrate National Bulldog Day!

With a multi-billion-pound beauty industry built on banishing wrinkles, it seems that while we don’t like them on our faces, we adore them on our Bulldogs! However, the reason for Bulldogs having lots of wrinkles is pretty gruesome (they were effective in keeping the blood from the Bulldog’s eyes during their bull-baiting days). But if we ignore that part, they do add to their handsome appearance.

Bulldogs can suffer from a range of health problems and require careful management and daily attention. If you are thinking about a Bulldog as a family pet, make sure that you ask the puppy breeder as many questions as possible about the puppy’s health and history (and also that of the parents and lineage). As with any breed, make sure you do plenty of research so you can make an informed decision.

Don’t forget about the numerous dog rescue charities here in the UK. The Bulldog Rescue & Rehoming Trust is one such charity which helps hundreds of bulldogs every year. Adopting a Bulldog from a charity means you also have a support network and the animal has been fully assessed for personality traits and will also have had a full health check.

If National Bulldog Day has left you wanting more light reading about our favourite species, you might also enjoy a little light reading with “If Your Dog Could Text You“… 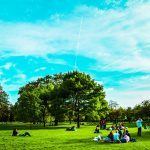 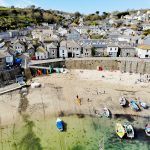