You are here:
by MirrorMePR in Equestrian Blogger. Posted December 12, 2019

Our favourite event at this time of year is the Olympia International Horse Show and Olympia wouldn’t be Olympia without the Puissance, where horse and rider have to jump a ‘big red wall’. The wall, made up of wood ‘bricks’ is put up time and time again to epic heights until the combination that clear it is crowned worthy champions. We look at the history behind the Puissance and why it still captivates the equestrian world.

It’s thought that the Puissance dates back to the Olympic Games in 1900 and the word actually means ‘power’, which is particularly relevant when you consider the powerful bond and coverage of horse and rider as they tackle a 7ft fence!

How Does It Work

At the London International Show, the Puissance takes place over five rounds, and while there is a ‘warm-up fence’ in the arena, nothing can prepare the combinations tackling the enormous jump, as it grows and grows! The class compromises of several rounds, with each round seeing the fence height grow.

Over the years, the Puissance at Olympia Horse Show has seen many records set, including those set by one of the UK’s most famous show-jumping bloodlines, the Whitaker family. The Whitakers holds several records for the Puissance, including John Whitaker, for winning the most Puissance’s at the show.

John’s son, William also holds the record for being the youngest ever winner of the Olympia Puissance, at just 18 years old!

The world puissance record belongs to German rider Franke Sloothaak who cleared 7ft 10 1/2in in 1991 in Belgium partnered with Optiebeurs Golo. In the UK, the record is held by British Olympic Gold Medallist Nick Skelton in 1971at 7ft 7 5/6in where he and Lastic got a standing ovation at Olympia.

The highest ever equestrian jump record was achieved by Captain Alberto Larraguibel Morales riding Huaso ex-Faithful in Chilie in 1949 when they tackled the large fence and got third time lucky and cleared 8ft 1in!!

How Do I Watch It?

For incredible equestrian entertainment and to see the Puissance in action, go to Olympia International Horse Show or find out how you can watch the action live from your TV HERE

Enjoyed reading this blog? You might love our 10 Winter Warm Hacks For Equestrians

Visiting Olympia… It Must Be Christmas! December 22, 2014 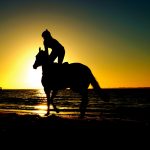 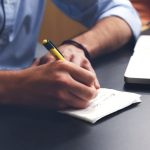 How To Celebrate National Day Of The Horse December 9, 2019 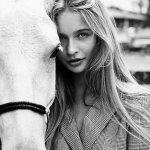 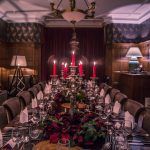 Luxury Restaurants You’ll Want To Book For Christmas December 16, 2019
We use cookies to ensure that we give you the best experience on our website. If you continue to use this site we will assume that you are happy with it.OkPrivacy policy