From Horses To Hollywood Stars! An Insight Into Award Winning Blogger!

You are here:
by MirrorMePR in Bloggers, Horses, News, Riders, Uncategorized. Posted November 21, 2017

From horses to hollywood, the winner of our Rising Star Award in the Haynet Equestrian Blogger Of The Year Awards was ‘How Very Horsey’ and Daisy is full of surprises…

I AM Daisy Smith of the equestrian blog, How Very Horsey.

I’M NOT AFRAID OF failing; I have done it many times and will continue to until I succeed.

Scary films GIVE ME NIGHTMARES.

I PREFER schooling TO hacking BECAUSE I am very goal orientated and like to see improvements; I am not very good at relaxing on a hack.

IF I  WASN’T BLOGGING I WOULD BE DOING  I hope I would still be writing. I have tried out a lot of things in my time and I think writing is something I have got right.

MY  MOST INTERESTING FACT ABOUT MYSELF IS definitely a secret.

MY BEST PARTY TRICK IS, well, Pie can put on his own headcollar, load himself into the lorry, line himself up to the mounting block, jump through fire… so maybe he is more of the party trick half of our partnership!

THE ROLE MODEL I LOOK UP TO AND WHY is Monty Roberts. He has always stood up for what he believes in, even when people were not very welcoming of his ideas. He works hard, is incredibly charismatic and I aspire to his goal of “making the world a better place for horses and humans.”

MY EARLIEST MEMORY OF HORSES IS watching National Velvet and being blown away by the relationship between horse and rider and what they could achieve. This is when the nagging for my own pony began!

MY FAVOURITE MOTO  IS “It’s better to deserve honours and not get them than to get them when you don’t deserve them.” It has helped me through tough competition days and help me focus on doing the best I can and just that.

MY TOP BLOGGING TIP IS write about what you love and are truly passionate about, never try and be something you are not.

A LOT OF PEOPLE DON’T KNOW THIS ABOUT ME BUT…. I have a law degree, I am a tomboy but also dress up as a Princess, I have climbed Mount Kilimanjaro, I sang on a folk album, I coxed a veteran rowing team, I worked for Brad Pitt…. I am full of surprises!

I CAN’T BELIEVE I won Rising Star at the equine blog awards. It feels surreal that my little blog has been recognised as something special.

American Pie IS EPIC BECAUSE he is my horse of a lifetime and has changed my life in so many ways.

IF I RULED THE WORLD FOR A DAY I WOULD try to get as much done as possible.

MY PERSONAL FAVOURITE PHOTO IS THIS ONE…… BECAUSE it looks like nothing special to an outsider but was a huge moment for me with my faithful friend bringing back into the showring and having all my loved ones cheering me on. It was even more special than some of my big wins.

I’M MORE likely to burst into song THAN most people.

If you enjoyed reading this, you might enjoy reading Getting To Know Our International Talent Award Winner.

5 Reasons Why Your Business Needs To Be Seen During COVID-19 March 28, 2020
Are Your Social Media Habits Taking A Stroll Or Sprinting Ahead? June 4, 2020
8 Simple Steps To Stunning Social Media Customer Care  March 20, 2020 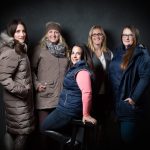 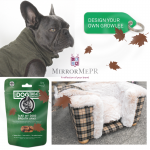