Heading To HOYS? Read Our Tips On What To Watch, See & Do - MirrorMePR

Heading To HOYS? Read Our Tips On What To Watch, See & Do

You are here:
by MirrorMePR in Equine, Events, Horses. Posted September 4, 2019

October can only mean two things for equestrians; time to clip your fluffy horse and a trip to Horse Of The Year Show. As the experts on getting the most out of attending an equestrian event and not in the art of clipping, our Equestrian PR Team choose to chat HOYS over hairy ponies and share their top tips for a fabulous trip to HOYS.

What Is Horse Of The Year Show

HOYS takes place at the NEC in Birmingham between 2nd – 6th October 2019. Horse Of The Year Show started in 1949 and since then, the show has evolved into an equestrian extravaganza. The very first HOYS saw 400 entries overall and by the final night, it was virtually a sell out and had made a huge impression on all who visited the arena in Harringay, North London.

The show moved to Wembley Arena in 1959 and then onto its current home, the NEC where it resides now.

Each day of the show is jam-packed with fabulous horsey content to watch from the edge of your seat, so choosing which day you go will ensure you get the best out of your trip (We think you’ll find it hard to pick a day!).

If you are travelling by car from further afield, plan in your journey time. You might have your heart set on to watch the Mountain & Moorland Ridden class at 7.15am, but if you travel time is an hour or more, allow for traffic or if you can afford to make it a night away, book a hotel. Staying in a hotel nearby will ensure you are not battling with any motorway traffic and delays on the day and allow you to make the most of your time at the show. Travelling to HOYS by train is easy too with the NEC, and the NEC Arena served by Birmingham International Train Station, connected by a covered bridge link.

Whether you dabble in dressage, love horse racing, showjumping or simply want to be entertained by some impressive equestrian talent, HOYS has something for everyone. The variety of horsey entertainment at this year’s show is enormous. So, which performances are amongst the ones that we don’t want to miss?

We definitely want to see Lorenzo, ‘The Flying Frenchman’ and his daredevil stunts! Mélie Philipot’s ‘My Little Sister’ where Mélie will be under the spotlight with her equine dancing partners, Quizas and Diego are another. We want to be inspired, so the Dressage Masterclass featuring Emile Faurie and Tom Goode is going to be fascinating, as they show how to build the foundations for training a top-level elite dressage horse. And we don’t want to miss the Saturday evening puissance! That will have us sitting on the edges of our seats, biting our nails! And because we love showing (and some of us still dream of riding at HOYS), we’ll watch some of the fantastic SEIB Search For A Star classes. The Ladies Side-Saddle and Cobs are another favourite with our team, and we always try and pick a winner before the final judging.

Shop Till You Drop

It’s easy to get carried away in the retail village (trust us, we know). Our advice is to try and stay on track with your purchases:

(Does your horse really need yet another lightweight turnout rug?)

OK, so it’s a great shade of blue, but write a list of stuff you need and more importantly, make a note of the sizing. There are some great show specials to be had, but only if you buy in the right size! If you are planning on buying clothing for you, wear layers. Not only will layers make it easy to try garments on, but you can adjust what you are wearing to accommodate a change in temperature. Wearing comfortable boots or walking shoes is also on a must – you’d be surprised how much walking you’ll end up doing at the show, with so much to see.

Gourmet Or Grab A Bite

All that action and shopping is bound to leave you feeling a little peckish, but there are plenty of places to stop by for a bite to eat. From table service, self-service through to champagne and seafood in their food court. However, be aware that the NEC does not allow picnic hampers, baskets, glass bottles, flask or canned drinks into the venue. Budget for lunch/dinner as part of your day out, so you don’t end up hungry!

Show Me The Way

We couldn’t write a piece about HOYS without talking to someone who has competed at the show. Lynn Russell is a top show rider, producer and judge and has competed at Horse Of The Year Show for over 40 years and won many times winning championship titles twice during her illustrious career. We wanted to find out what it’s like riding in that vast arena at the finalé of the showing calendar and, how the show has changed over the years.

Lynn, you’ve been competing at the show for four decades, can you remember your first time?

“Yes, absolutely. It was at White City, London and it was nothing like the show today! It was a much smaller affair, then moving on to the Wembley arena and I just remember driving through Guildford from the yard when the clubs were all spilling out with revellers and then queuing in the lorry lane to get into the show, watching all the rats raiding the dustbins! As a fairly local show for me, I would travel there on the day, and the atmosphere and people made it a magical experience for me; so friendly and welcoming, it was a real privilege to be part of it and still is.”

How has the show changed over the years?

“It’s grown! It is huge now and with so much more on the timetable than just showing and the shopping trade stands grow every year too! And no rats in the lorry lanes!”

What’s it like for you and the horses riding in that massive arena in front of so many people, and how do you prepare your horses for the experience?

“It’s an experience, unlike anything else. I always try and do as many championship shows as possible, including the BSHA National Championship Show with classes that are indoors and simulate on a smaller scale, the HOYS experience. There are lots of people at these shows and so its a good training ground for them. At HOYS we can also access the main arenas before the show opens, so we take advantage and ride the horses as much as we can to get them familiar with the arena. The big international arena actually rides well as the audiences (as long as they stay sitting and don’t keep getting up and down and banging their chairs!) are far enough away from the horses for them not to bother too much. The other arena at the show are a little more spooky for the horses as the audience are much closer to the ringside. Hopefully, though, all the homework we have put in before coming to HOYS gives the horses the confidence to deal with the atmosphere and the hustle and bustle of the show.”

What’s your insider tips for having a great time at the show?

“If you’re competing at HOYS for the first time, don’t put pressure on yourself – relish the experience and enjoy yourself. If you’re a visitor, then my advice is to make a note of the classes you want to see, so you don’t miss them!.” 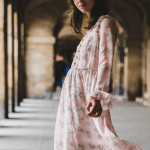